Will 3D printing radically transform the global supply chain, as we know it? 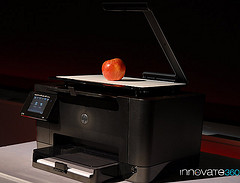 Additive manufacturing or 3D printing is a process of making three-dimensional solid objects from a digital model.  It is achieved by laying down successive layers of material, as opposed to the traditional machining techniques of removing material by drilling and cutting.  3D printing is usually performed by a materials printer using digital technology.

Taking a digital image of a toy and printing out a near-perfect replica of it seems sci-fi and surreal, but rapid technological advances in 3D printing being developed make this and even more possible.  Printing metal parts with increased strength makes machines even more viable and cost-effective in manufacturing.  Additionally, an entire part can be 3D printed in a single machine, eliminating multiple touch points in traditional manufacturing and reducing failures.  The newest futuristic trend in 3D printing is to go huge:  using robotics to deposit building materials in an orchestrated and precise way to build large structures made up of tons of interconnecting parts.

3D printing is a reality.  A recent Forbes magazine article, “What Can 3D Printing Do? Here are 6 Creative Examples” lists several ways in which 3D printing have been used: 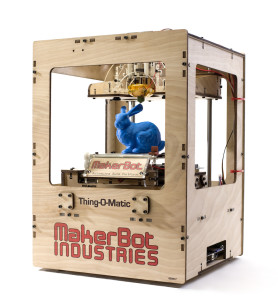 Although 3D printing has been around since the 1980’s, a differentiating trend has emerged this year that could make 2014 pivotal:  3D printing machines are now being used to manufacture a large variety of consumer products not just heavy machinery and structural components such as aircraft parts.  The printers are expensive and the 3D pictures required to print are difficult for most – a mainstream breakthrough in 3D printing could be seen in the near future as printers become cheaper and easier to use.

What could the Supply Chain of tomorrow look like if and when 3D printing takes off?  It has the potential to transform certain parts of manufacturing and supply chains over the long term. Traditional supply chains are often characterized by mass production of products driven by forecasts and pushed to customers through a warehouse distribution network, with long lead times, high transportation costs and large carbon footprints.  A 3D supply chain would be distinguished by having customized production, be “pulled” by customer demand, locally printed and distributed, have short lead times, low transportation costs as well as low carbon footprint.  It will create a demand for smaller factories that would take offshore manufacturing and bring it close to the consumer.  Goods will be cheaper to reproduce domestically versus manufactured offshore and shipped from low-wage countries.  Because new technologies currently being developed result in a significant proportion of manufacturing becoming automated large and costly work forces would be reduced.  In addition to distribution cost reduction, storage would also be a reduced as products could be made quickly in response to demand as opposed to meeting service levels via inventory and safety stocks.

Although it is a huge leap to go from printing a single object on a 3D printer to replacing an entire manufacturing enterprise and thus allowing any business or individual to become its own homegrown factory, Gartner Group calls it the “beginning of the Digital Industrial Revolution which threatens to reshape how we create physical goods”.  If that “threat” becomes reality, then it promises to reshape how we consider and optimize our current Supply Chain.


View all posts by Danielle Jarvie →

Have a Question? Get in touch. Profit Point is here to answer any questions you may have, help you with information, and create an effective solution for all of your supply chain needs.
END_OF_DOCUMENT_TOKEN_TO_BE_REPLACED