Eatonomics on All You Can Eat Buffets 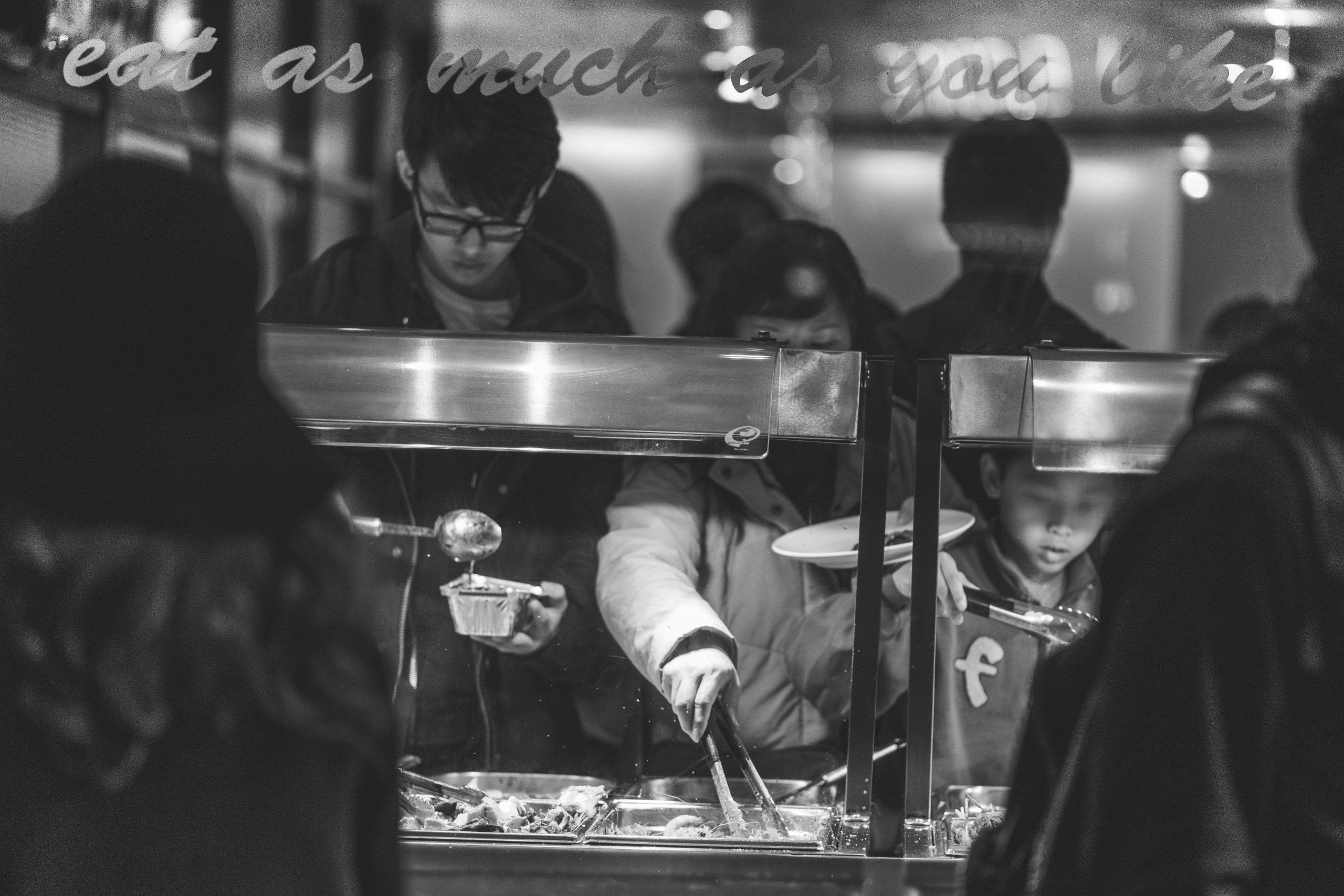 The other day I stopped at a Chinese restaurant I had not visited in a while, and the owner asked where I had been. Trying to provide her usable consumer feedback, I informed her that I stopped visiting her establishment when they discontinued the buffet, and I had been frequenting a competitor. The owner informed me that she stopped the buffet because she was losing money. I found this curious and it piqued my interest as to how some all you can eat buffets (AYCE) thrive like Golden Corral and some can’t make the eatonomics work such as this local Chinese restaurant.

All you can eat buffets seem to go against the very economics of a restaurant. The normal accepted practice to price a menu item is to determine the food cost, then triple the price to cover overhead and leave room for profit. The cost of food at restaurants (including buffets) is typically 30-35 percent of the cost of the meal. The rest of the cost goes into labor, overhead, taxes, and other business expenses.

The occasional big eater entering an AYCE establishment may seem like a real profit drainer, but even this seemingly apocalyptic encounter is not that bad. Assume a person comes to the buffet and eats three times as much as a typical person. At the margin, this person does not cost the buffet anything extra even if the cost of food is equal to the price they paid for the meal. The remaining costs, such as labor and overhead, have not increased. So worse case, they break even on the margin. The chances are that a person probably came with others who did not eat such a large quantity so there was still profit to be made.

All you can eat buffets follow a simple rule: Fill the customer’s belly as cheaply as possible

So how do they achieve this?

They must create the perception of providing a large variety of high-quality food items from which to choose; at the same time, they must manipulate customers’ choices and portion sizes, and ensure that food waste is minimized.

So how are each of these things is done in a buffet restaurant:

If strawberries are in season, your dessert bar may include strawberry shortcake. Beef prices are down, and your menu will include more beef products. Many items, such as potatoes and rice, are very cheap when purchased in bulk and can be incorporated into a variety of items. Buying local in-season items greatly reduces transportation costs that are often incorporated into out of season items.

A key principle to a successful AYCE restaurant is subtly influencing people’s choices towards lower-cost food items – so how is this achieved?

Half-sized plates and bowls are provided, naturally limiting how much food can be taken during one trip down the buffet line. Added to this constraint is the fact that using smaller tableware naturally leads to lowered consumption.  Psychological studies have been conducted where the same amount of food was served to individuals on different size plates. Those with the smaller plates typically felt full at the end of the meal, while those with the larger plate were still hungry. Restaurant supply houses carry a complete line of table service specially designed in a reduced size for buffets.

Water is essentially free, and soft drinks are very inexpensive with an incredible profit margin. When compared to plates, the effect of larger glasses on customers’ drinking behavior is now reversed. Providing giant soft drink glasses has the dual benefits of helping up-sell soft drinks and filling customer bellies with a virtually cost-free item.

Many buffet restaurants offer a change of silverware (forks, knives, spoons, etc.) only reluctantly, implicitly reducing the number of courses people will consume. In contrast, chopsticks (in Chinese buffets) are readily available because they slow down the rate of consumption.

Many buffet lines are dominated by relatively cheap starches and vegetables, while expensive proteins and sweets are limited in number. Cleverly, more expensive foods are served in smaller pieces or sizes. For instance, a serving of fish may be cut up into three or four small pieces and grilled to order items such as steaks are cut into smaller pieces when served by the cook.

Proper sequencing and placement of foods in the buffet greatly influence the choice. Several cheaper side dishes will surround an expensive protein, and platters of fruit will surround pricier desserts like pies. Studies show that when such choices are offered, people tend to pick and consume more vegetables. The steak, pork, and fish platters are sparsely filled (discouraging multiple servings), while potatoes and rice trays are huge and filled to the brim (thus encouraging large servings).

It turns out that all you can eat buffets are extremely profitable if run properly. An eatonomics lesson my local Chinese restaurant seems to have not learned.

Have a Question? Get in touch. Profit Point is here to answer any questions you may have, help you with information, and create an effective solution for all of your supply chain needs.
END_OF_DOCUMENT_TOKEN_TO_BE_REPLACED